It’s been a great season for us at Karadi Tales when it comes to awards. Several of our titles were nominated, and quite a few were winners. 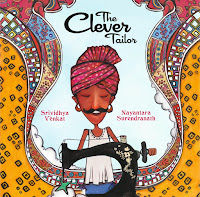 The Clever Tailor by Srividhya Venkat, illustrated by Nayantara Surendranath won the Peek-A-Book Children’s Choice Award in the 5 to 6 age category, while 8563 by Soumitra Ranade and Rudradutt Ranade illustrated by Ambika Sambasivan was nominated in the 11 to 12 years category! 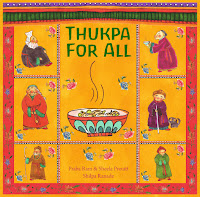 Thukpa For All by Praba Ram and Sheela Preuitt, illustrated by Shilpa Ranade has been selected for the 2019 IBBY list of Outstanding Books for Young People with Disabilities. It is our second book to be featured on this list, the first being the audiobook version of Little Vinayak, which was featured on the 2013 list. The IBBY (International Board on Books for Young People) are a non-profit organization whose mission it is to promote international understanding through children's books, give children everywhere the opportunity to have access to books with high literary and artistic standards, and encourage the publication and distribution of quality children's books, especially in developing countries. 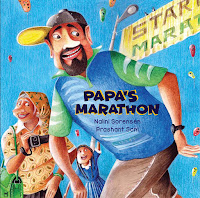 For the third year in a row, one of our books won the Jarul Book Award. Papa’s Marathon by Nalini Sorensen, illustrated by Prashant Soni was this year’s winner, and Sadiq Wants to Stitch by Mamta Nainy, illustrated by Niloufer Wadia was nominated. The Jarul book award is a children’s choice award which makes this even more special. Children from kindergarten to grade five are given a chance to read and vote for the best book. Previous titles of ours that have won this award are The Night Monster (2017), and Dada’s Useless Present (2018). 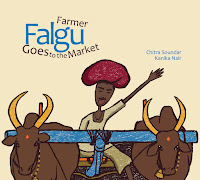