JUMPSTART is a two-day annual conclave organized by the German Book Office New Delhi, which brings into focus the trends and highlights from the world of children’s content. Designed as a turbo-charged idea-fuelled event with an innovative, highly interactive and intellectually inspiring programme, it is aimed at professionals involved in the children’s content industry.

In its fifth edition, JUMPSTART saw a splendid turnout of people from varied walks of life. While a lot of them were designers, illustrators, writers, editors, and performers themselves, there were also attendants from publishing houses like Scholastic India, Dorling Kindersley India, TERI,  from design schools like Pearl Academy of Fashion, and furthermore from companies like Maruti Suzuki India. The full house on the first day was an endearing sight while the second day had the Masterclasses booked to the brim. The session for teachers, librarians and educationists conducted in collaboration with Pratham Books – What’s Your Bhasha – saw participation from city’s premier private schools. The heartening aspect of this session was the very strong turnout of teachers/librarians from NDMC schools and also from Kendriya Vidyalayas.

With an exciting programme and a brilliant line-up of speakers/panelists, the theme this year was ‘Speaking in Tongues’, aimed at engaging with the infinitely interesting aspects of ‘languages in evolution’.

Bringing the participants closer to 'language' - one of the most essential aspects of our lives – were sessions dwelling on language as received and used by children. While the serious issues around translations and multilingualism were being discussed on Day 1, there was also a fun and interactive session where participants and panelists ‘cooked poetry live’ which highlighted aspects of ‘language as non-sense’ and meaning creation. This was followed by the book launch of Young Zubaan’s compendium - 101 Indian Children’s Books We Love – which added to the dimensions covered by JUMPSTART as an event. 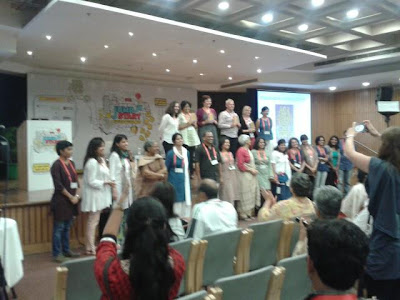 The programme was replete with a carefully curated list of speakers, academics, writers, illustrators, and performers bringing alive the much debated topics in the Open Sessions- with presentations, discussions, interactions and performances. 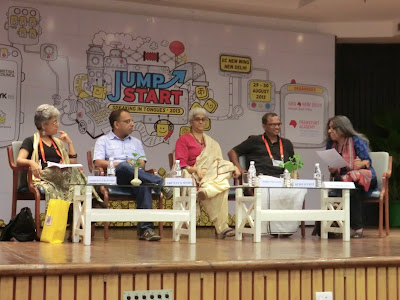 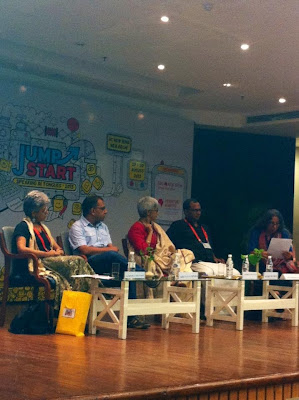 JUMPSTART also re-affirmed its position as a unique platform to interact closely with experts specially invited to take the event to the next level. So award-winning international experts like Holly Thompson, Julia Kaergel and Emily Gravett joined hands with writers of note like Anushka Ravishankar to deliver Masterclasses, on the second day, which left the attending Writers and Illustrators wanting for more. Taking the second day to successful close was Book Souk [a business matchmaking model] which provided the budding professionals a chance to directly meet prominent children's book publishers and present ideas which might just become the next big thing. 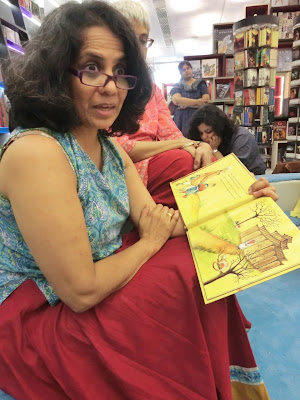 Anushka Ravishankar reads from The Boy Who Drew Cats.

In short JUMPSTART 2013 provided the much-needed and sought-after chance to meet and interact with acclaimed writers, illustrators, academics, editors, publishers and professional peers to know the emerging trends and to get a professional edge in the constantly innovating world of children’s content. As a participant, Shoili Kanungo [a graphic designer] expressed post event: “I have so many fantastic takeaways from Jumpstart. Among them, I have decided to keep a daily 'one animal + one expression' sketch book. Loved the idea! Also loved the nonsense rhyme activity. All of you made it look so easy that it has encouraged me to try. And it was great to be introduced to Holly Thompson.” 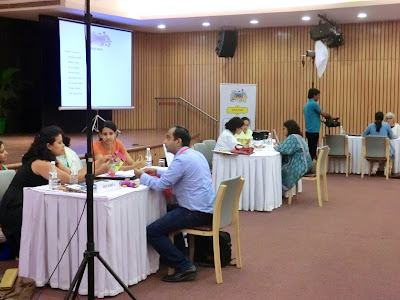 From Book-Souk
Written by Unknown